Helping you claim what you’re entitled to
Contact Me Today 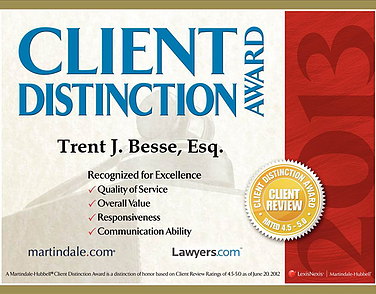 I graduated from the University of Kansas in the top ten percent of my class in 1991 with a Bachelor of Arts in Psychology. Three years later, in 1994, I received my Juris Doctor from KU.

I was fortunate enough to have my legal career shaped by influential members of the community who presented me with some amazing opportunities. In law school, I clerked for a District Court Judge, which gave me a behind the scenes view of how the court system functions. After graduation from KU Law, I started off at Kansas Legal Services in Hutchinson, Kansas, then helped represent personal injury and workers compensation clients at Rubins, Kase, Cambiano, & Bryant in Kansas City, Missouri. From there, I worked with Patton & Chamberlain and did insurance defense at Ensz & Jester, where my skills continued to be fostered.  I feel that my background gives me a unique advantage, as I have done both a high volume plaintiff's practice as well as insurance defense.  This gives me the abiliity to analyze cases from a broad perspective. I know how insurance companies work, and how adjusters evaluate claims.

Having built experience on both sides of litigation and on both sides of the state line, I started my own practice in 2000. I have two offices — one in Overland Park and another in Kansas City — so I can be an advocate for people regardless if they’re in Missouri or Kansas.

Union members play a critical role in creating solidarity between employees and employers. Because of that, I offer them a 20% discount for using my services.

When I was a kid, my father was hurt on the job. He worked for a railroad back then and had to go through several surgeries on his journey towards recovery. Watching him push through and learning the ins and outs of why the law was involved is actually what sparked my interest in becoming an attorney. It feels good to be able to help others in a way that mirrors the help my family received as a child.

One of my favorite aspects of being an attorney is playing a role in making sure good people get good outcomes for themselves and their families. It’s rewarding to watch people shift from hopeless to happy and be able to move on with their lives. While settling is always ideal, I don’t mind going to court and fighting for the people I represent. I’m a tough litigator, and I don’t back down easily. In fact, I actually enjoy standing up for my clients before a judge. When the judge sees things my way and my client receives a decent compensation, that’s a winning situation.

Overall, my desire is to level the playing field for hardworking people when employers and insurance companies don’t want to play fair. Together, we can turn this situation around for the better.

Tell me about your case

Let's schedule a consultation to discuss the details.
I'm happy to make home and hospital visits.